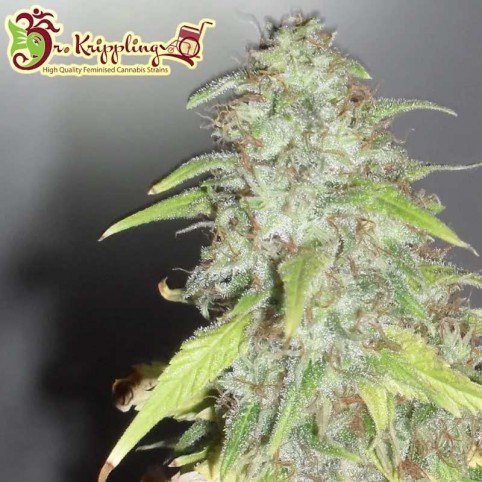 Cor blimey Guv! Can that plant look any more menacing? WTF go on with them buds?!?! Has it snowed in here or something!?!?! The density in them nuggets is effin’ amazing!! OMG the smell is off the hook!! Give me Kripple Shock all day everyday!!! Flavours of the white widow dominate, with an undertone of chocolate + caramel.... pure unadulterated bliss.

A reworked excellent version of an old breed once known as Big Bud. This is an absolute must for the cultivator who demands a high yield with an equally high stone. It is the heaviest plant currently in production for commercial farmers and outdoor crops, resembling the male genital protrusion of a giant donkey. Due to its heavy flower construction it can be susceptible to mould if the growing area is too high with humidity. So be warned, harvest on time!!! It has a genetic pedigree originating from a particularly heavy Afghani combined with the original Skunk#1. An expected yield indoors would be realistic at 650-750 grams per square meter…possibly more for the experienced cultivators? If you cultivate outdoors then expect to harvest in September for the northern hemisphere and by March for those in the southern hemisphere. Breed by the original breeder and founder of the original Seed Bank.

This is definitely the most successful breed of the late 90`s, since its inauguration by Shantibaba as great white shark.It has genetic heritage equally as famous and has been awarded a multitude of cannabis cups under the names of the peace- maker and the great white shark. It has parents that are equally well known as white widow ( a Brazilian sativa combined with a south Indian hybrid) and Skunk#1. It is a pleasure to watch this plant grow into a densely compacted white skunk with extreme aromas! Equally pleasurable to use and strictly tested ONLY ON HUMANS! We never use our products on ANIMALS! Expect a yield indoors of between 500-600 grams per square metre. When cultivating this variety outdoors, then expect a 50-56 day flowering cycle. In the northern hemisphere harvest in September to early October, and in the southern hemisphere in March to early April. A TRUE-BLUE champion, from the JAWS OF LIFE!!!!

The flavour of this variety is sweet and is caramel like of treats and very intense, fruit of the cocktail Molotov of you indicate that it contains, with a bottom of rpocedentes terrosos shades of the Blue genetics that takes part in the crossing.

The structure of the plant is typical of the plants you indicate, ideals for the culture of interior, great cogollo central and multitude of lateral branches.

This type of variety usually is the favourites by the consumers of cannabis for medicinal, quimiotipos uses with high levels of THC and sufficient CBD to induce relajantes and anti depressing states. 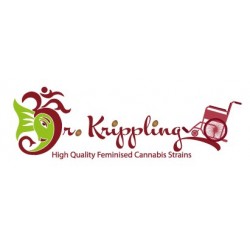 Top-notch mixing has gone on here folks. A taste of this special combo is preparation to embark on a.. 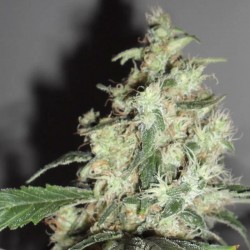 A smooth, Misty taste follows through on a strong, pungent cheese flavour with a tang all mixing up .. 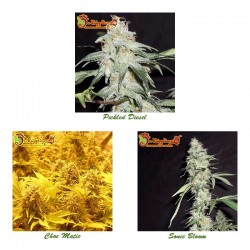 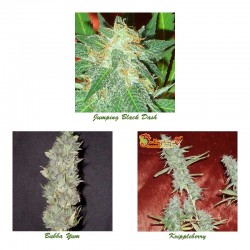 Add to Cart
Add to Wish List
Compare this Product
FREE GELATO SEEDS WITH EVERY ORDER THIS FEBRUARY!
GET FREE DELIVERY WHEN YOU SPEND OVER £150!