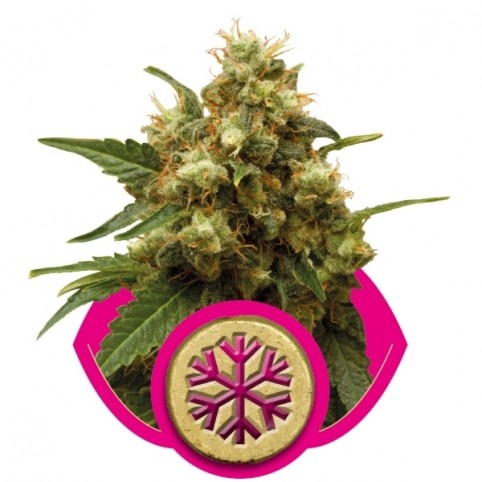 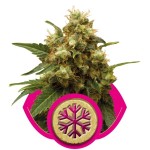 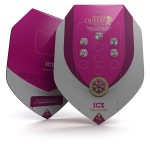 What happens when you cross a pure Afghan with a Northern Lights and a Skunk? You get an Indica Crystal Extreme aka ICE plant that is fully covered in resin glands. The buds produced by this magnificent hybrid were so frosty, so sparkling, there seemed no more fitting a name than ICE. For any grower that enjoys making hash from their plants, this is the best feminized variety from Royal Queen Seeds for making hash.

Our Ice Feminized, being an indica dominant like the original, is a very short plant growing no more than 1 m tall. Although short in height, pinching or topping can force it to bush out sideways, producing a bigger yield. Growers will observe this cannabis plant displaying classic Indica features with big fat leaves. Sometimes removing the fan leaves on top will allow the lower branches to grow more.

Our ICE feminized seed isn't the biggest producer, yielding about 55-65 g per plant, 400-450 g per square metre under a 600w light. It prefers a warm climate like Spain or California.

ICE feminized from Royal Queen Seeds will be ready 8 weeks after flowering; however, a lot of growers leave it longer, until 10 weeks, to maximise the resin content. During its flowering period, we are sure you will find ICE one of the most beautiful Cannabis plants to grow as it simply shines with resin glands.

While ICE Feminized might not be our biggest yielder, it makes up for that with its smoke. The heavy indica dominant, with its frosty-covered nuggets, all combine to produce a heavy, physical stone. This is a classic couch-lock cannabis strain that leaves smokers so relaxed and chilled-out that users are advised to use just before bedtime. Veteran smokers who seek a battle for breakfast need seek no further that our ICE feminized.

What ICE lacks in yield it will make up for with hash-making; Ice-o-lator, Ear wax, Buddha etc. We are certain that even the biggest hash head will be pleased with the produce from leftover plant material. No other marijuana plant from Royal Queen Seeds is as suited for hash production as ICE. 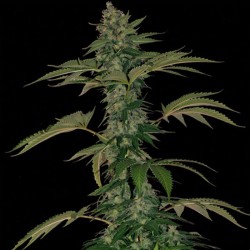 These excellent cannabis seeds are a cross between Grapefruit and Skunk X Auto.She is easy to grow a.. 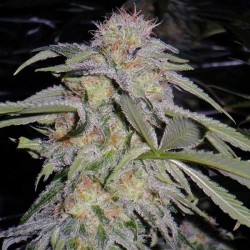 These cannabis seeds are a beast, a massive yielder and quite simply a big favorite amongst the more.. 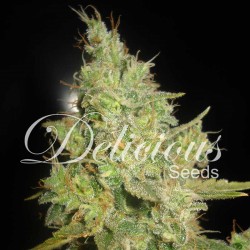 Critical Kali Mist is a hybrid obtained by crossing a great Critical Mass specimen with an impressiv.. 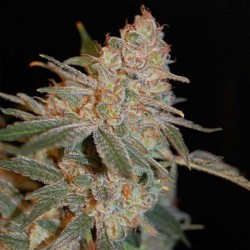 Black Diesel cannabis seeds are a Sativa-dominant hybrid with award-winning NYCD parentage. It is we.. 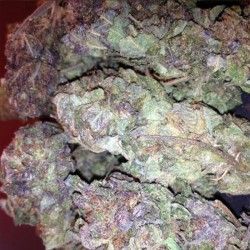 Jordan of the Islands prized genetics went into The Purps and we’ve retained the original of this re..

Add to Cart
Add to Wish List
Compare this Product
FREE SEEDS WITH EVERY ORDER THIS JUNE!
GET FREE DELIVERY WHEN YOU SPEND OVER £150