Why Some People Freak Out On Cannabis, And Others Don’t

Join Us As We Explore Why Some People Freak Out On Cannabis, And Others Don’t

Well, where do we start on this one? You’ve probably been at a party and discovered over time that no two people have the same alcohol tolerance. You know, one guy can power drink a half dozen beers and show no ill effect whatsoever and someone else may be gonzo by the time they finish their first beer. As it turns out, the same basic principle applies to cannabis.

Let’s dig a little deeper into this topic and see where it takes us. 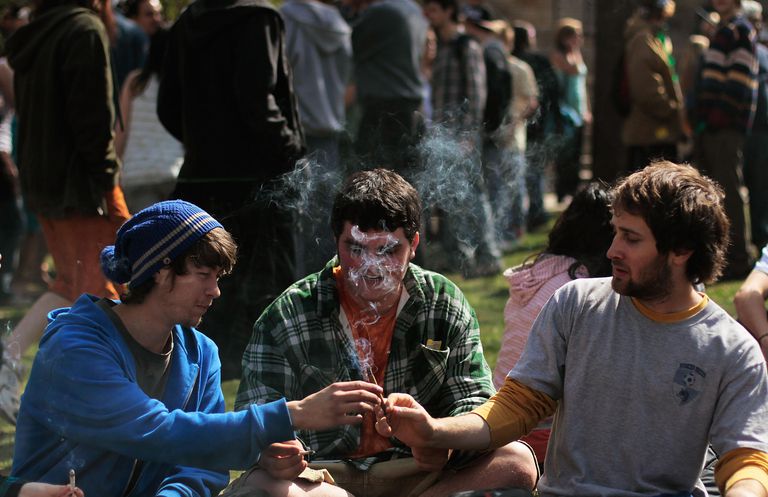 It dates back to when THC was first discovered. THC is tetrahydrocannabinol and it’s the component in the cannabis plant that gives you that high everyone talks about when they smoke or consume cannabis. Rafael Mechoulam is credited as being one of the discoverers of THC. What he did soon after that was offered pure THC to a few of his friends. While they apparently had a good time, Mechoulam noted that each of his friends has different reactions. A few were what we would today refer to as being very, very stoned or baked. Others showed little affect. Then there were those who were extremely sociable and others that just giggled uncontrollably. This was back in the 1960s and today the same affects still exist.

If you have never used cannabis before, you are going to react to it differently than someone who has had a fair deal of experience with it. That is because the more you consume cannabis, the greater your tolerance becomes to it. This means that medical cannabis will still bring you the pain relief you are seeking, you just don’t experience any ill effects. For newbies, you will have an obvious visual reaction the first few times you consume cannabis. In fact, you may even have to reduce your dosages of CBD edibles in order to build up that tolerance over time.

A study conducted at Washington State University showed that females are more susceptible to the influence of cannabis than males. The results revealed that women are 30% more sensitive than men to the pain-relieving properties of THC. The main reason is related to the lower level of estrogen in the male body. The study results point to the possibility that females may develop a faster tolerance than males to THC. It means that men would require a higher dosage in order to feel the same level of relief as women over the same time period.

Still with the gender differences, cannabis use in males seems to increase both their appetite and testosterone level for a short time frame. Here’s the real wrinkle, another study showed that men were twice as sensitive as women to the THC psychotic negatives.

Step Aside For The Mutants

One of the most interesting ways in which you will respond to cannabis happens to be completely out of your control. A study conducted by the University of Exeter and University College London determined that your genetics may be to blame for how you react to THC. If you happen to be one of those individuals with mutations in your AKT1 gene, you are going to have some side effects. They aren’t the fun ones, either. Expect anxiety, paranoia or psychotic behavior.

Then a completely different study discovered that the cognitive effects of cannabis may be moderated when you are high thanks to your genetics. What this means is that after you smoke medical cannabis the impairment to your memory will be predetermined by your genes.

Ah, but there are also other good things to come from how your genetics impact cannabis.

Leave it to researchers to find out even more amazing things about how cannabis reacts to certain individuals. A study discovered that some people will process more endocannabinoids than others, thanks to genetics. The plus here is that endocannibinoids are a vital component in the endocannabinoid system (ECS). For those who do not know, the ECS is responsible for a number of the psychological processes in your body ranging from appetite and mood to memory.

Now if you happen to have this particular mutation, it means your body can synthesize endocannabinoids similar to THC and CBD naturally. The other side of the coin is that if you do not have this genetic mutation you can ‘top up’ the missing chemical compounds with cannabis compounds just by smoking your favourite strain. Additionally, this mutation will lessen the THC side effects in those who have it – the mutation.

Your Health Condition Is Also A Factor

It may sound obvious to some and not so much to others, but depending on your general health conditions, you may or may not have a significant reaction to cannabis. If you suffer from such conditions as depression, PTSD or fibromyalgia you are going to have a different experience with cannabis than those who don’t. It is all related to your body’s biochemistry. If you have an illness of any kind, the biochemistry undergoes a change. Cannabis consumption aids in dealing with this as it causes a chain of chemical interactions within your body. Those interactions are usually positive and that is why cannabis is frequently used as an alternative treatment for pain management. As an added bonus, cannabis will increase energy in those with depression, helping them to combat it.

Yes, it is true that some people will have severe reactions and could ‘freak out’ while using cannabis and others will not. The degree of affect is about as individual as a fingerprint as no two people will have exactly the same kind of reaction. It has little to do with the actual strain of cannabis and a whole lot to do with other factors. Most of these factors are related to the users themselves and range from experience in using cannabis to gender, to genetics to health. The bottom line is that cannabis use is not going to cause any harm in any of these individuals.