5 Potent Cannabinoids in Cannabis other than THC

We know about the potent THC that is in Cannabis but what about the other Cannabinoids?

Cannabis isn't any longer just about the THC because time by time marijuana connoisseurs are chatting about the other molecules which influence the flavours and effects of cannabis. As it turns out there is a whole load of molecules that are closely related to the THC that has powerful and often diverse effects.

So what are Cannabinoids?

They are chemicals which have been produced in the cannabis flower and they act on a central nervous system by imitating endocannabinoids, molecules that occur naturally inside the human body. When they bind to the cannabinoid receptors in the brain or spinal cord they can facilitate communication between cells which can affect everything from pain, memory and pleasure responses.

Potent Cannabinoids which are not THC

Anyone who smokes cannabis will know about THC. It is the only molecule which gets you high. For years the THC content which is in a bud was really jus the o only thing which anyone really cared about, but there are 66 different cannabinoids in cannabis and all of those are capable of binding the receptors in the brain.

Here is the 5 which you need to know about. 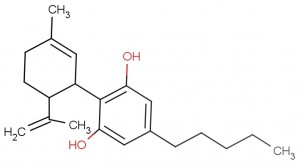 CBD is the current poster child for the medical cannabis movement in the US. It is quickly becoming as popular and well known as THC. This cannabinoid has received so much attention due to the powerful physical effects and the fact that it is the 2nd most common cannabinoid in cannabis after THC.

Nope, not even a tiny bit. That is the appeal is that you can smoke cannabis without the high. CBD can even reduce the effects of THC.

Where to start, CBD is used to help with pain, inflammation, epilepsy and stress. It is also useful to treat nausea associated with chemotherapy, lowers blood sugar and is also calling for those who suffer anxiety or insomnia.

CBD is undeniably useful molecule and it is one which is worth studying, it has interactions with other cannabinoids and terpenes which should be kept in mind. There have been many scientists and medical cannabis promoters that are touting it as a source of all the positive effects marijuana has to offer and yet cannabis is a complex plant. It is unlikely that many of the effects are actually a result of interactions between the numerous cannabinoids, terpenes, flavonoids and other molecules which make up the scrumptious bud.

Now to be completely honest we have CBG to thank for its amazing and medicinal effects of cannabis. It is essentially the stem of all the cannabinoids, and it is the precursor to CBD,CBC, THC and all the rest and recently scientists have discovered that CBG itself is a powerful medicine.

Nope, you cannot get stoned on CBG on its own, however, it can become THC and THCV, the 2 molecules which will get you high.

Like CBD this cannabinoid inhibits the uptake of a chemical which is called GABA in the brain and this results in muscle relaxation aswell as anti-anxiety effects.

In fact, a new study has shown that CBG is also a COX-2 inhibitor, this is the same mechanism which aspirin, ibuprofen, and other NSAIDs use to combat inflammation. Better so that CBG comes with much fewer side effects that those commonly used drugs and it is so much kinder on your liver.

CBC is present in many strains in little amounts, it has some similar effects to CBD but it is ten times more effective at treating stress & anxiety because it tends to linger in the bloodstream for much longer , a small amount of CBC can have a long lasting effect.

No, and scientists have hoped to create CBC medications to relieve symptoms without getting people  high.

CBC is a way more effective anti-inflammatory agent than the powerful drug phenylbutazone, according to one study. it has also anti-bacterial and anti fungal properties. CBC can also slow the growth of tumors and stimulates growth in the bones and eases headaches.

This cannabinoid deserves a lot more credit for the medicinal benefits it brings of cannabis.

A study which took place at Mississippi's University had shown that CBC can actually promote the growth of the brain. Unlike cocaine, opiates, alcohol and other recreational drugs which suppresses neurogenesis, or the development of new brain cells, cannabis can actually boost this process thanks to the workings of CBC 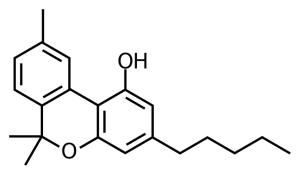 When oxygen meets THC you get CBN. Have you ever smoked some weed which was purely cured or some really old pot? Is fo then you are already familiar with the tranquillizing effects of this cannabinoid.

Nope, well, not really? I can make you feel a little high but all the heavy sleepiness can overwhelm any psychoactive influence.

CBN is a real powerful sedative. It is showing promise in treating people with insomnia and nerve pain, and some studies have suggested that it has promise for people with glaucoma.

That's up to you really, you can choose how much your marijuana contains. If you want a knockout sedation aswell as a nice pain killing effect then just leave your bud exposed to some air but, be careful! The effects from CBN can often be described as a sensation of being strongly drugged up. If you are someone which suffers from chronic insomnia or awful nerve pain then you probably won't want to encourage CBN production. 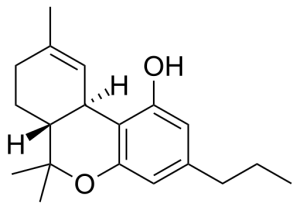 As you can probably guess from the name of this cannabinoid it is very similar to THC. In fact, the 2 molecules are almost nearly identical , though the ways that these are synthesized in the cannabis plant are distinct and lead to some very important differences.

Yep! Infact it could perhaps be even more so than our old buddy THC. THCV produces a clear and euphoric high which is often described as a psychedelic.

Shockingly for this marijuana component, this THCV is currently being investigated as an anti-obesity drug, which is unlike THC which always induces the munchies. This cannabinoid suppresses the appetite.

THCV has also been shown to reduce tremors which result from people having Parkinson's Disease and any other neurological disorders.

Couple the words such as energetic, bright, creative and euphoric with "high" do any strains in particular spring to mind? Yep, that's right, African Landrace Sativa such as Durban Poison are real high with THCV as are most of the Haze strains.

This news just makes me very happy and very sad. With extreme body pain daily, not wanting to take strong long term dangerous medication, any of the above components of marijuana would be a fabulous solution. I think that Big PHARMA wants total control of it all. Little farmer says NO. Otherwise, this problem would have been resolved long ago. Just tell me what I can do to help change this current Bully snail crawl. In Virginia, legalizing weed would lower our high rate of violence.